Worth A Second Look: Fancy Teacups 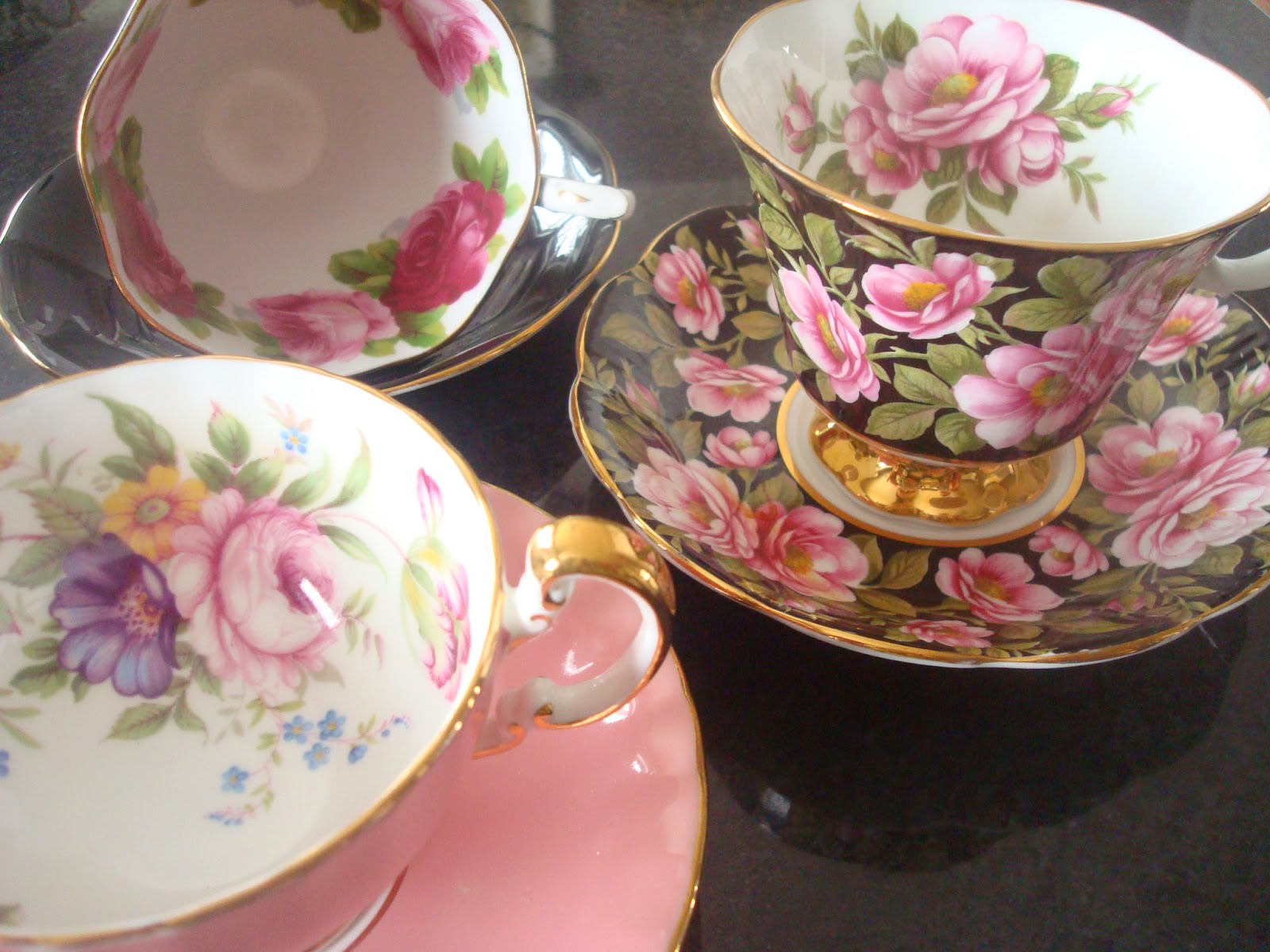 It would be a lie to say that the usage of fancy, bone china teacups and saucers is more popular than ever. It would be a lie but I would love to think that it could, one day,  be the truth.

If anything, the vintage Royal Daulton or Aynsley chalice has been rendered outdated, impractical and old-fashioned.  Too bad.

If anything could make any beverage taste better, it is in the circumstances of its presence, the way it is prepared and the manner in how it is served.

Think of being offered an ice cold Mai Tai in a fishbowl glass, on a hot day at a beach on a Mexican resort.  Or how would you like a steamy mug of hot chocolate with whipped cream being served to you in front of a fireplace in a mountain chalet - at Christmastime. Sounds nice.

Well, it's time for the vintage teacup and saucer to be revived of its former glory.  It's time for those beautiful teacups and saucers to come out of the china cabinets and hope chests and to finally be put to good use.

Tea, be it green, black, white or any other Oolong type, has become more popular in recent years.  In fact, second only to water, tea is becoming more popular than even coffee.  The benefits of drinking tea have recently become attractive to health conscious advocates and consumers alike. But who cares? Beer belongs in a can or long neck bottle, Slurpees belong in a paper cup and tea belongs in teacups - not mugs.  Mugs are for coffee.  Mug of tea? No.  Cup of tea? Yes.

Okay, some of the old patterns seems out-dated and ugly but many vintage designs totally have a modern feel - especially the black teacups and saucers with gold trim.  Elegant, yet rock star.

Even when you are in sweats and a t-shirt, drinking from these pieces of art simply make you feel good. And to boot, you have a little plate to place your shortbread cookie on while you take a sip of your Pi Lo Chun.

"There is no trouble so great or grave that cannot be much diminished by a nice cup of tea." Bernard-Paul Heroux

That's why Fancy Teacups and Saucers are Worth A Second Look. 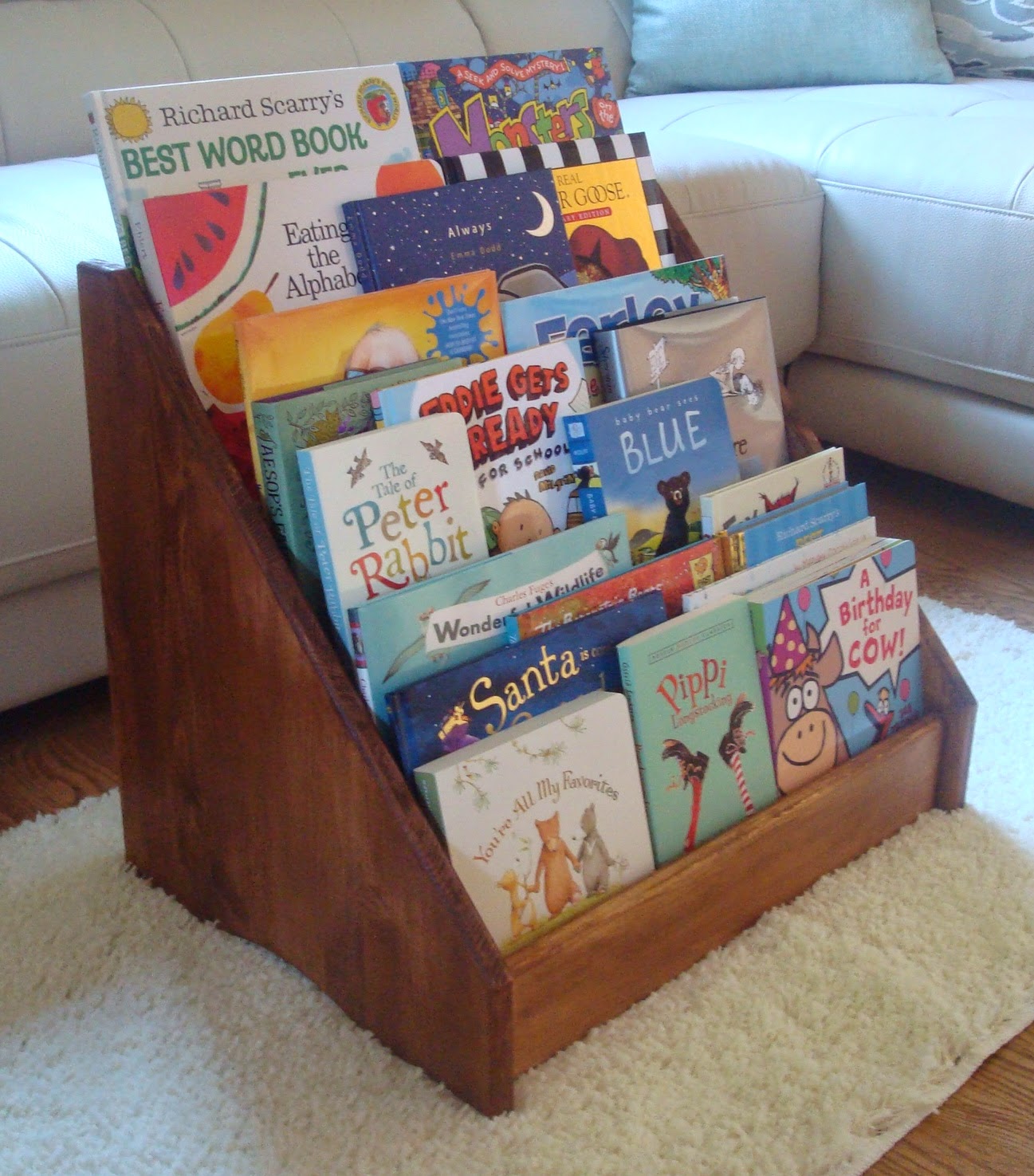 " A book is made from a tree.  It is an assemblage of flat, flexible parts (still called "leaves") imprinted with dark pigmented squiggles.  One glance at it and you hear the voice of another person, perhaps someone dead for thousands of years.  Across the millennia, the author is speaking, clearly and silently, inside your head, directly to you.  Writing is perhaps the greatest of human inventions, binding together people, citizens of distant epochs, who never knew one another.  Books break the shackles of time - proof that humans can work magic."
- Carl Sagan 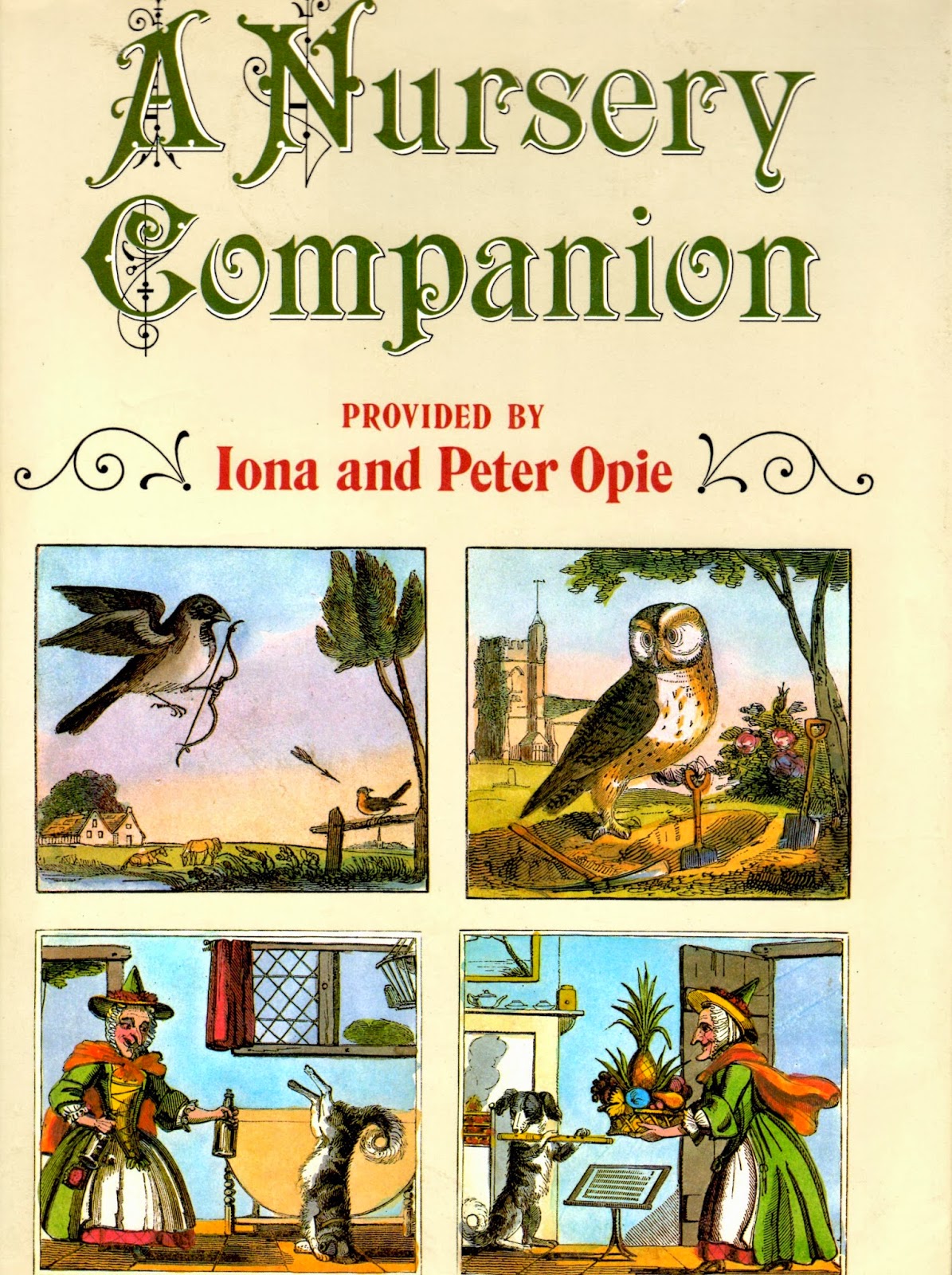 "The best books for children invariably seem to be ones that parents too can enjoy; and in the early years of the nineteenth century, when gaiety and colour were admitted to the nursery, and extraordinary coming-together took place of child and adult.  Booklets were produced for the young that were of such quality that even intellectuals warmed to them; and for a while the happy state existed in which the innocent and the sophisticated could share the same literature."

In this 'celebration of an epoch' this archival of nineteenth century children's publication, or collection of booklets, is historical, colorful and fun, albeit irrelevant.  It is, I suggest, mainly for the adults, although a number of selections may entertain the more well-rounded of older children.

For instance, Peter Piper's Practical Principles of Plain and Perfect Pronunciation is a reservoir of tongue twisters representing every letter of the alphabet.  It's super fun to read and the illustrations are earthy and traditional.

My favourite entry is definitely Dame Wiggins of Lee - and her Seven Wonderful Cats. In the tradition of Old Mother Hubbard, this 'worthy old soul' doted on 'seven fine cats' of which kept her safe from mice and rats.

And yes, there is an entry entitled The Comic Adventures of Old Mother Hubbard and her Dog, as well as The Gaping, Wide-mouthed Waddling Frog, an excellent illustrative lesson on Punctuation Personified, and among others, Dame Dearlove's Ditties for the Nursery.

It's a fun, historical piece that would fit well in both a children's collection and adult library.  Look online for copies. 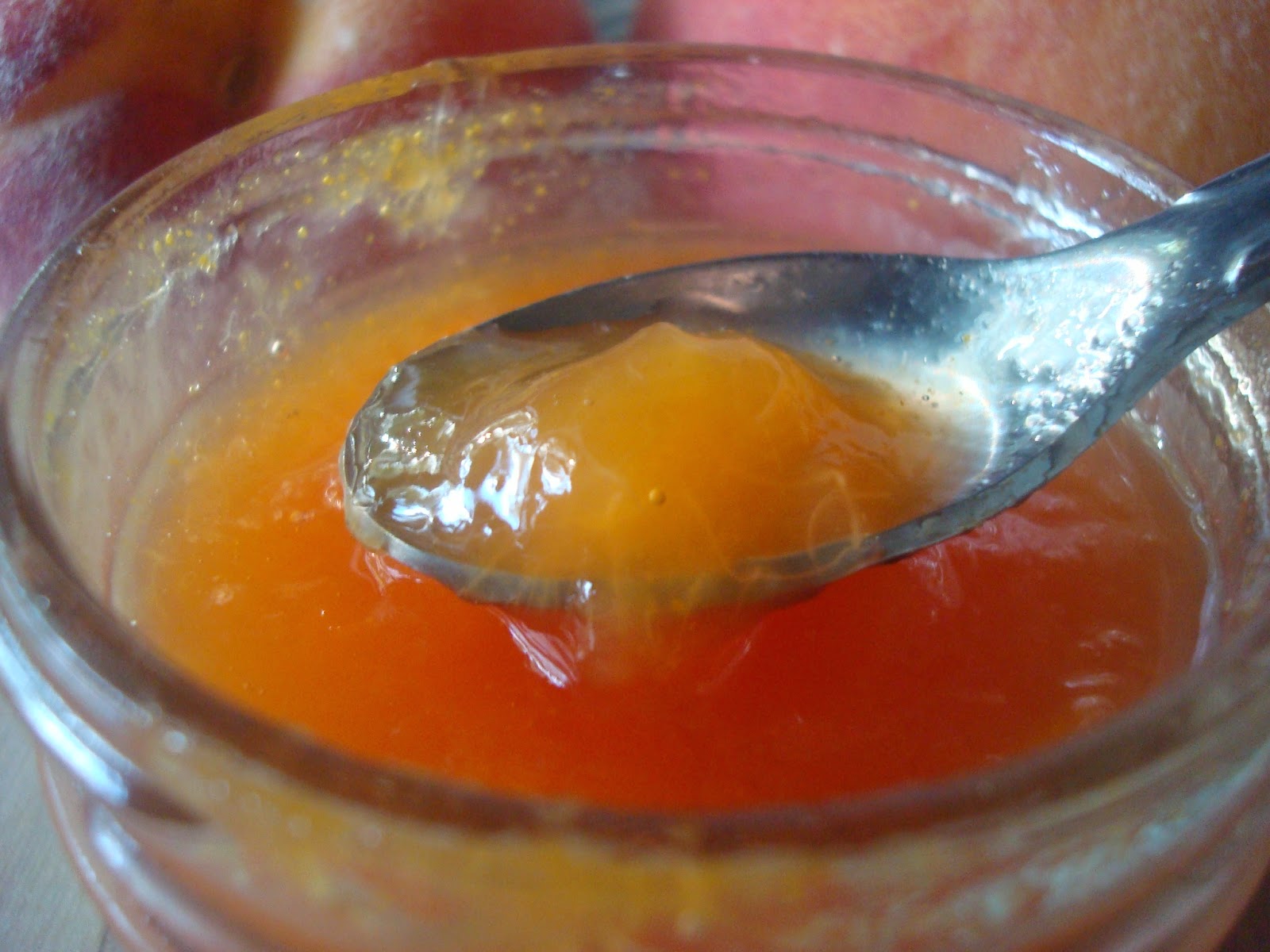 Cut the peaches into slice, leaving the skin on. (The skin on the peaches boosts the flavor and helps thicken it.  The peaches need to be ripe for this recipe but not too ripe as the the riper the fruit, the less pectin.)

In a large glass bowl, add the sugar to the peaches.  Cover and let stand for a minimum of 4 hours.

In the meantime, prepare canning jars and lids.

Transfer peaches and sugar to a large saucepan and add the lemon juice.  Bring to a simmer over medium heat and cook, uncovered, stirring frequently, until most of the liquid has evaporated and the jam is thick.  It should take 15 or twenty minutes.

You should hear jar lids pop when they cool and seal. 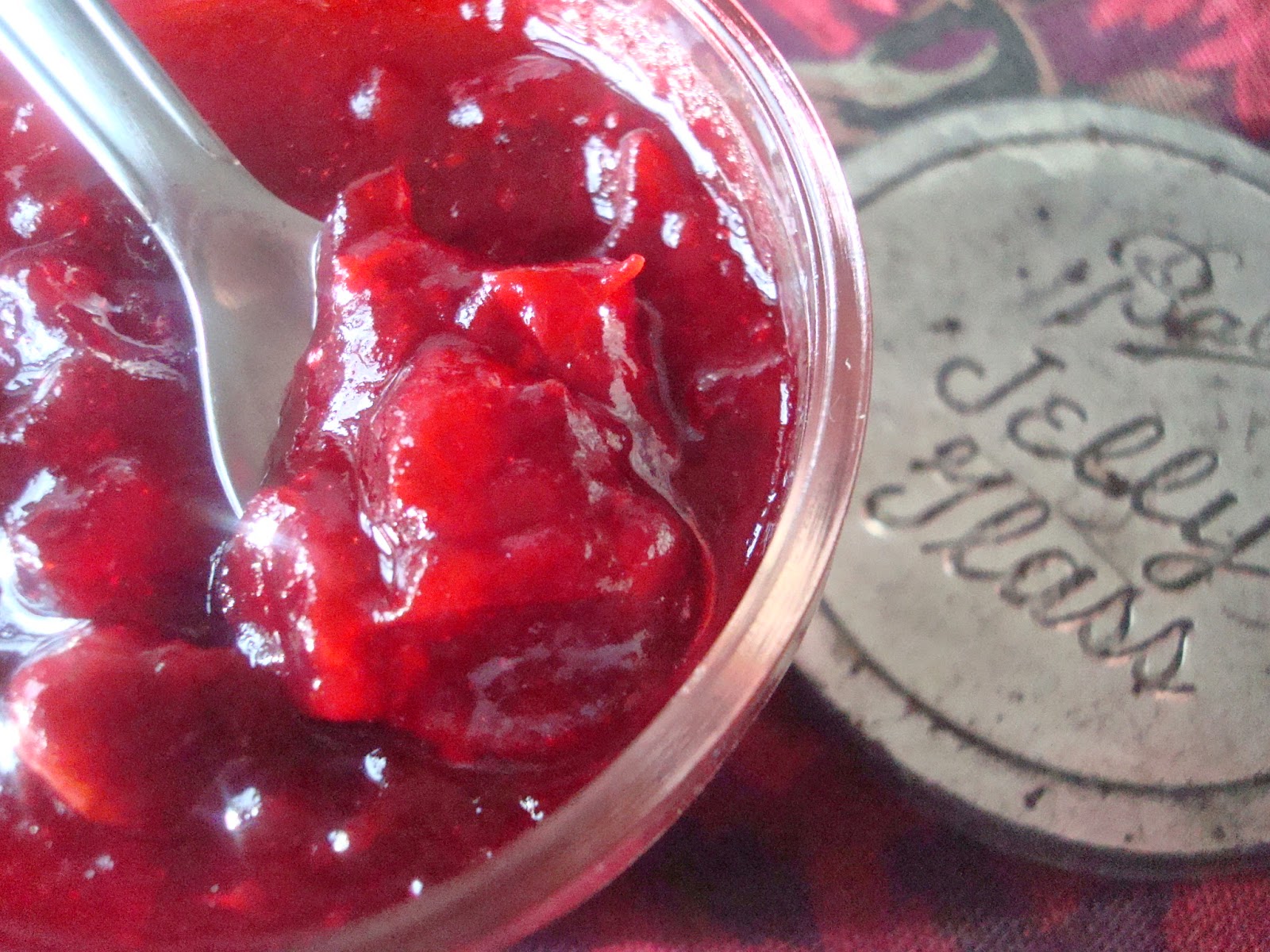 Since the beginning of time, acquiring, harvesting and preserving one's own food had been essential to one's survival.  The process took on many methods including salting, brining, drying and the use of different variations of seasonal and cold storage.  In 1858, the invention of the home canning jar by tinsmith John Landis Mason (who invented a machine that could cut threads into lids, which made it possible to make a jar with a reusable, screw-on lid) took the art of the preservation of food to a new level.

Farmers, pioneers, settlers and even urban families quickly adopted this 'mason jar' method of preserving food.  The popular transparent storage container was ideal for readily identifying its contents and for the proper monitoring of the preservation process to ensure food safety.

Yet, sadly, during the 1950's the popularity of mass food production in tin cans and plastic containers along with the invention of the home freezer as an alternative preserving method and the migration of people into urban centers caused the decline of the home preservation of food using mason jars, or more pointed, as a necessity to survival.

Alas, in less than a century, the beautiful mason jar's hardcore, purposeful life was over.

Nowadays, there are still a number of believers whom still preserve their home grown produce and flavours using the mason jar method - and why shouldn't they?  A mason jar full of fruit, jam, pickles or relish is visually appealing, customized to one's particular taste and healthy in ensuring that one knows exactly what is in the jar they are eating.

The mason jar has also found other uses as excellent alternatives to modern storage systems, and still, the romantic, organic symbolism - possibly, the representation of a more simple time - of the old vintage jars combined with the sheer purpose of the physical design makes for great arts and crafts and has influenced many designers in their modern home and restaurant decor.
Posted by Unknown at 2:18 PM 1 comment: 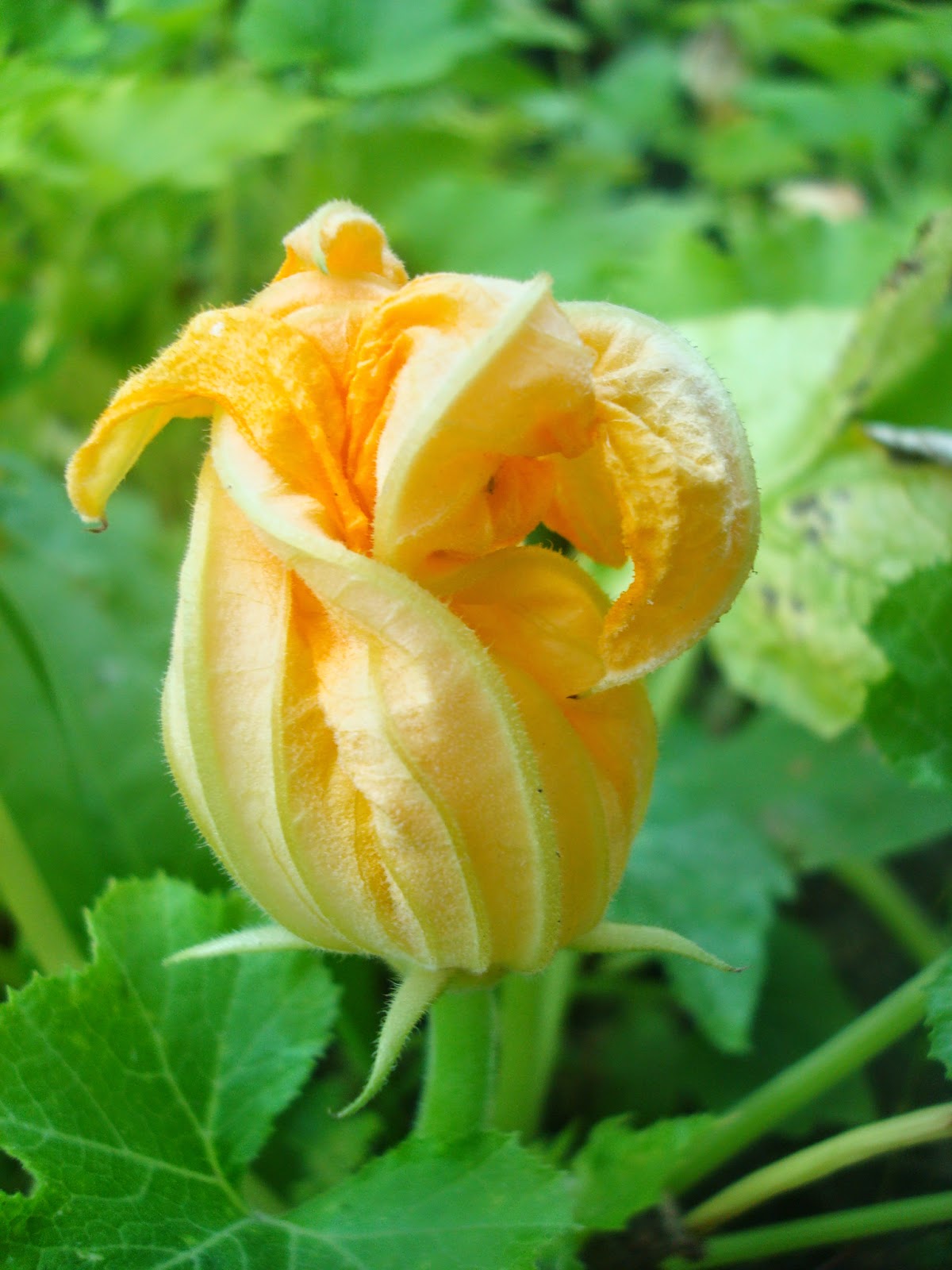 Worth A Second Look - Piano Lessons and Pianos in the Home 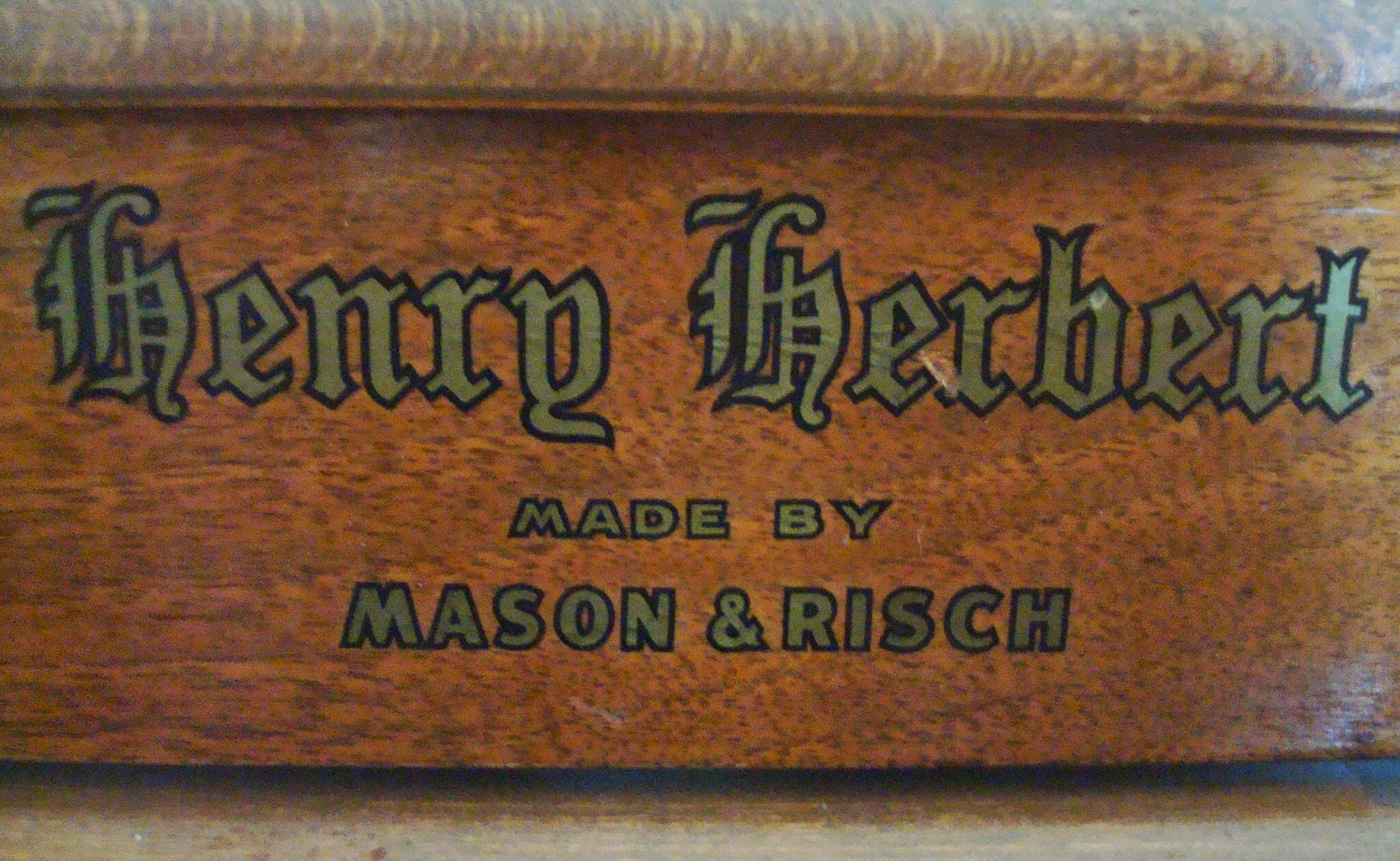 It`s big and clunky and a nuisance.  It just sits in the corner and collects dust.  I hate moving it around and nobody plays it anymore.  I inherited it from my grandparents, nobody in my family wants it and I need the space for my new sectional leather couch.  Here it comes Kijiji, for free, if you haul it away.

How about taking a look at that incredibly beautiful piano with a fresh set of eyes: 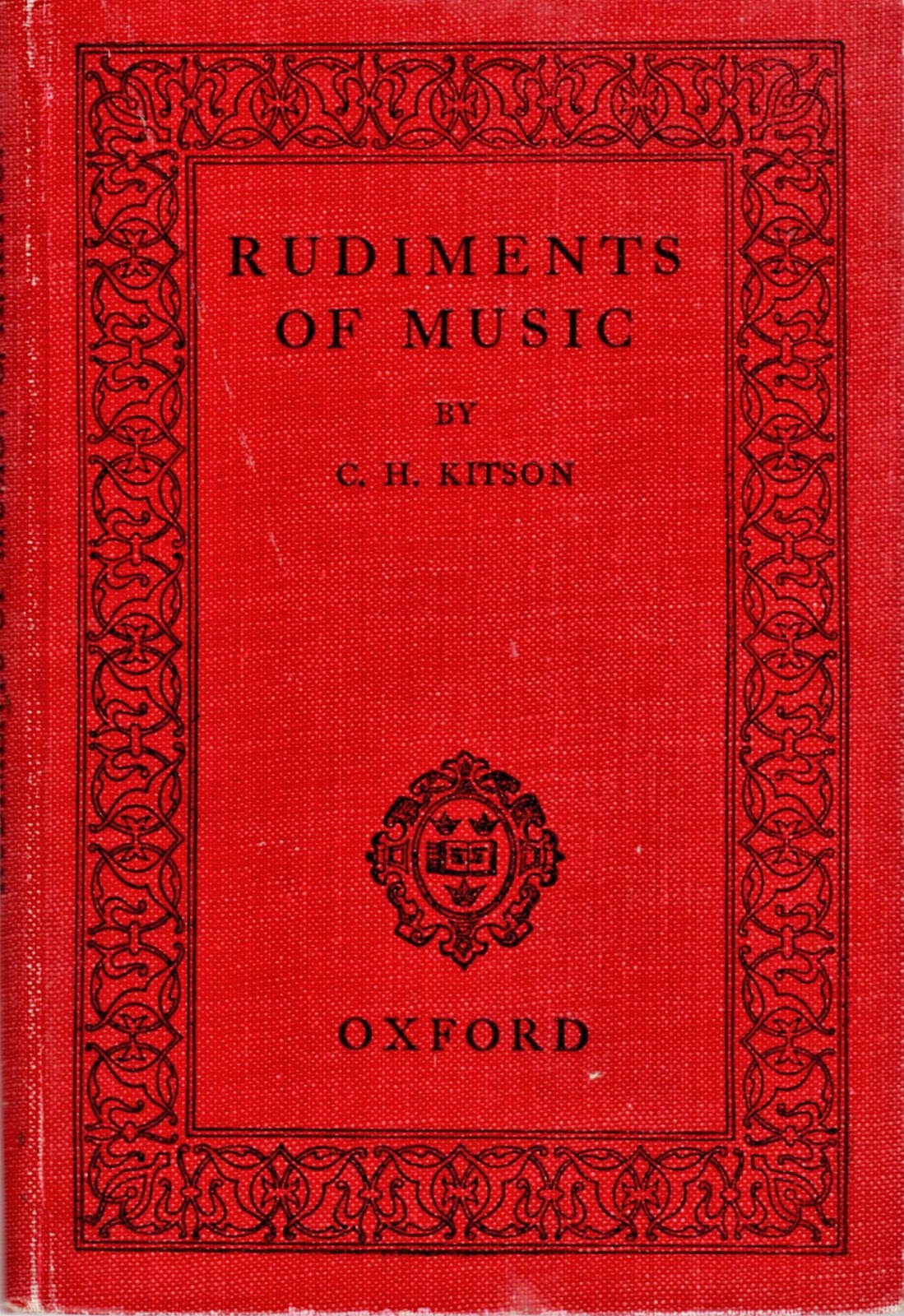 Piano's and piano lessons are definitely worth a second look!

If anything could make any beverage taste better, it is in the circumstances of its presence, the way it is prepared and the manner in how it is served.
- L. Waronek